From wild apples to cider and apple jack 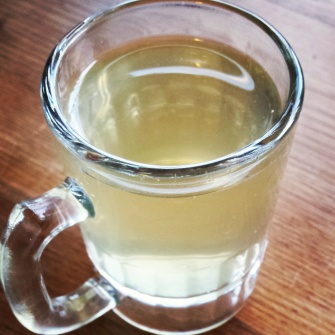 A while back I posted my recipe for wild apple jelly with mint and rosemary. Well that trip was quite an outing, and really epitomises why I love foraging. I had in fact been out picking wild apples because I’d wanted to make wild apple cider. Inspired by all the apple trees I saw growing on the roadside in when I first started foraging in Tasmania, all that fruit seemed like such a waste. And I do love to drink a good cider. So I went picking wild apples in Canberra.

I cut away the cores and turned them into apple jelly and juiced the fruit that remained. I simply added a pack of CY17 yeast to my fresh juice and let it go. The yeast is designed for fruit wine, it’s one I’d picked up at my local brew supply, wanting to use it for elderflower wine. A lot of cider recipes online call for you to add sugar, but I wanted mine straight up. Because I picked the apples very late in the season, I’m sure they had a naturally high sugar content, but I wanted my cider to just taste like apple, and no need for the extra alcohol that would be created by adding cane sugar.

Well it worked a treat and after a few months I racked off the cider into some swing top bottles. Finding I had more cider than swing top bottles, I wondered if I should try my hand at making the apple jack I’d learned about while I was in Washington D.C. The capitol is in old apple country. Back in the day, people would ferment the apple juice into what they call ‘hard cider’ then, in the winter, they’d leave it outside in the snow. Scooping off the ice, they’d be left with a highly concentrated liquor in both flavour and alcohol. Because alcohol and sugar have low freezing points, the low alcohol liquid would freeze first. The remaining liquid is called apple jack. 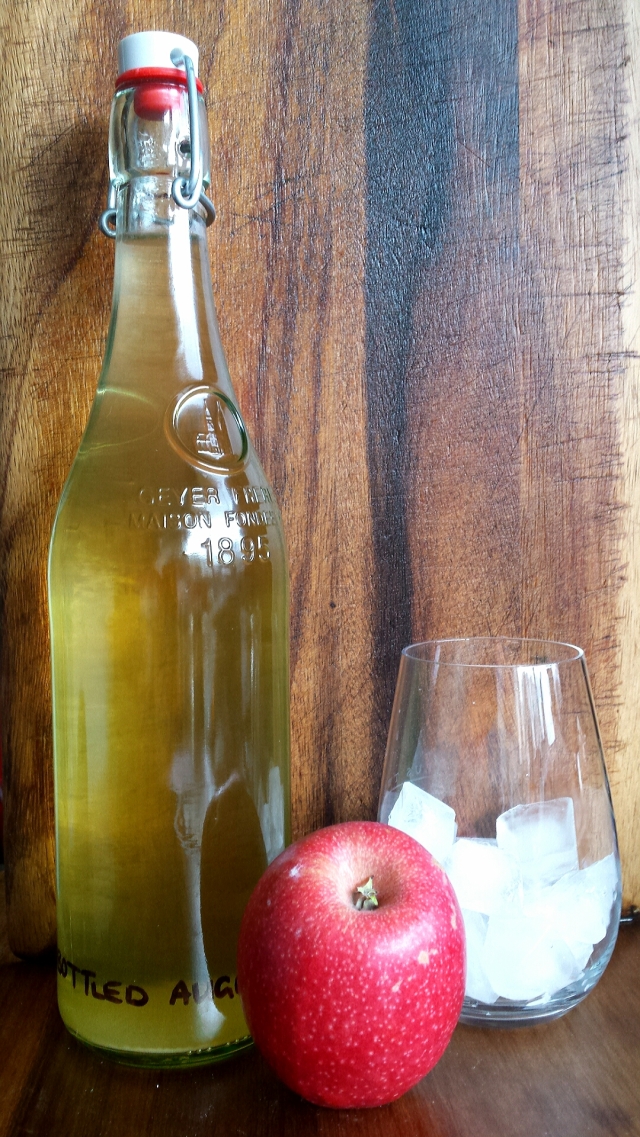 I just poured my cider into a plastic container and put it in my freezer. I scooped off the ice (and saved it for drinking, because it’s still tasty and slightly alcoholic) and topped up the container until a night in the freezer wouldn’t give me many ice crystals. I bottled the concentrated liquor in a pretty glass bottle, and left the rest as cider.

The cider is lovely and refreshing, dry, just the way I like it. But I tell you what, that apple jack is amazing! I like to drink it at the end of the day, where one might have a whisky. I’m told both the cider and the apple jack are best left to age, so I’ll do my best to leave them for a year. But I tell you what, I’ll certainly be doing this again! 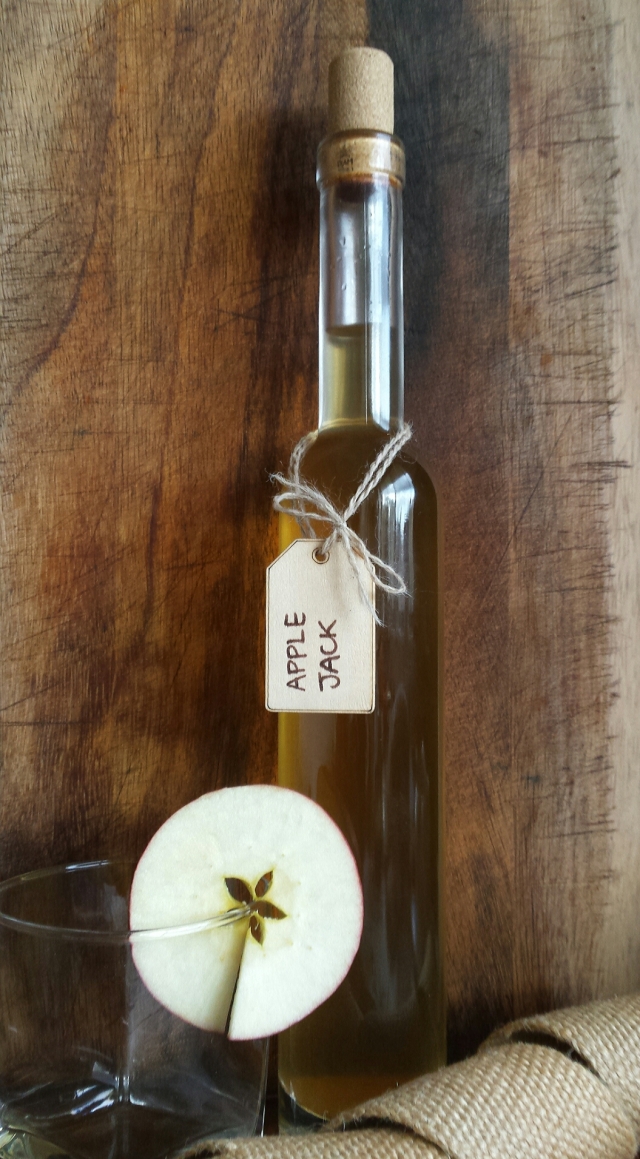 This entry was posted in Autumn, Drinks, Thoughts and tagged drinks, foraging, fruit. Bookmark the permalink.

6 Responses to From wild apples to cider and apple jack